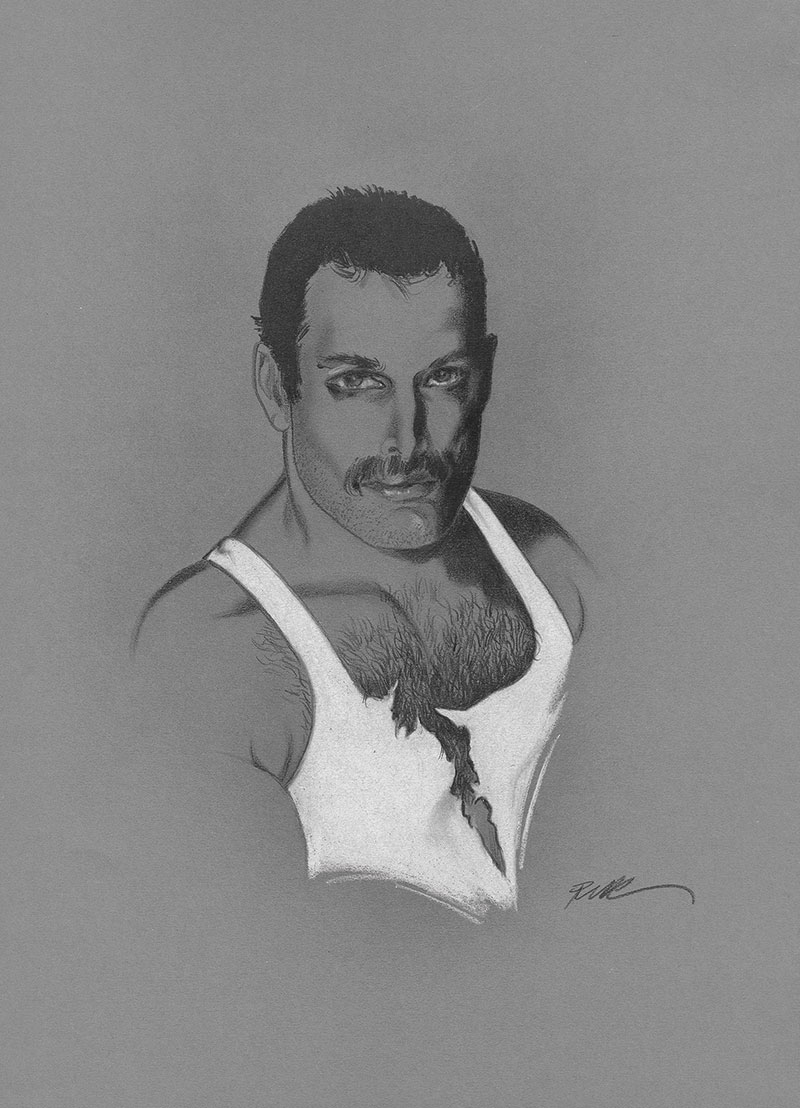 Farrokh Bulsara, better known by his stage name Freddie Mercury, was a songwriter, charismatic singer and the eccentric frontman of the British band Queen. Freddie Mercury and Queen were among the most important rock musicians and live bands of the 70s and 80s. Hits like We Will Rock You, We Are the Champions, Radio Gaga, Who Wants to Live Forever, and Bohemian Rhapsody are regarded as milestones in music history, and form the soundtrack for a whole generation. In 16 years, Queen played more than 700 concerts worldwide. The band has been inducted into the Rock and Roll Hall of Fame, and awarded a star on the Hollywood Walk of Fame.

Just one day before his death on November 24, 1991, Freddie Mercury spoke to the press about his HIV infection and his homosexuality/bisexuality. He died at the age of only 45 as a result of the infection caused by AIDS.

On April 20, 1992, the Freddie Mercury Tribute Concert for AIDS Awareness took place at Wembley Stadium in London. In addition to the remaining Queen members, worldwide stars such as Liza Minnelli, George Michael, and David Bowie sang songs by Mercury. This concert marked the founding of the Mercury Phoenix Trust, a foundation committed to the fight against AIDS.